The Murphy family of 29 Russell Street

Catherine Spence of Halifax married Walter Murphy of Sheet Harbour in 1910 at Saint Patrick's Church on Brunswick Street. From that day on Catherine's little joke was that she might have become a Murphy but she would always remain an ex-Spence.

Their married home became 29 Russell Street in the Richmond District. It was filled with the things of newly married including wedding presents and family furniture. Mr. Murphy was a Commercial Traveller who often made trips to the Dominion of Newfoundland. On those sea voyages there was often talk of the 1912 sinking of the RMS Titanic. On December 6, 1917 he was again on a sales trip to Newfoundland when the Halifax Explosion occurred. The worst hit area was the Richmond District.

On that terrible Halifax day in 1917 at 29 Russell Street, Mrs Murphy who was expecting a child was knocked unconscious, Walter Jr, age 6, was slightly injured, Mary almost three was only dusty. Their Aunt Anna who was living with them led the three out of the house with help from passing men. Mrs Murphy went next door to see if Mrs. Vincent Coleman and her children were alright but again fainted away.

Mrs Murphy and Walter Jr were taken to hospital and young Mary was sent out of town. Once their father came back from Newfoundland they all went to live with a great uncle on Woodhill Street until rented rooms were available on Maynard Street. Mr. Murphy lost a brother, sister in law and nephew on Acadia Street, and a brother, sister in law and nephew on Duffus Street. 3 orphaned children would join his family. Shortly after the worst disaster in Canadian history Mr and Mrs Murphy would welcome the child they had been waiting for, a boy, Joseph.

29 Russell Street was rebuilt on the foundations of the house that had burned down in the fires that followed the Explosion. In 1920 the family would move in to the new house and later welcome 2 more boys. It was a busy time and Mr and Mrs Murphy would be involved with the rebuilding of schools and church while many house lots were left empty around Fort Needham hill in silent testimony to those who were lost.

The Murphy family would attend the December 6th anniversaries of the Halifax Explosion. Their presence at the Memorial Bells would always be noted. In 1995 Walter Jr and Mary were interviewed for the television show Good Morning America to recall the disaster with other survivors. In 1999 the Murphy story was included in the book 1917 Halifax Explosion and American Response.

Miss Murphy was very proud that as Councillor her nephew Patrick Murphy (Joe's son) was able to have the Memorial Bells refurbished through city grants. Miss Mary Murphy, was the last survivor of the Halifax Explosion to still be living at the same place where she survived the Explosion. She died in 2013 age 98.

Patrick and Mary at the explosion commemoration December 6, 2012 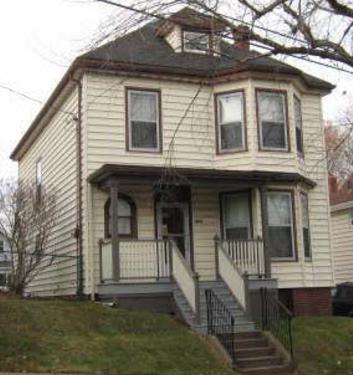 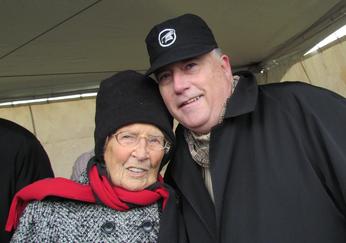 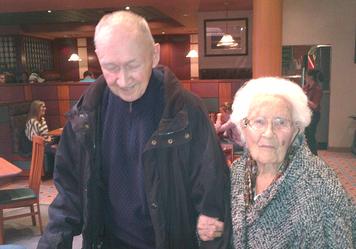 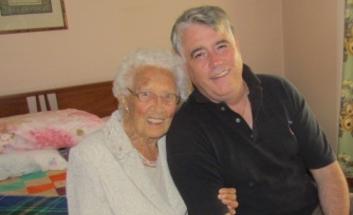